Marvel is the undisputed champion of the movie industry. Not only is the California studio boasting the world’s most extensive and most profitable cinematic universe ($ 22 billion in revenue), the last chapter has even stripped Avatar from the earning throne. Avengers: The Endgame has earnt almost three billion green dollars in cinemas alone. But even though the age of Avengers as we know them has come to an end, the golden franchise, of course, lives on. At the San Diego Comic-con and Disney’s D23 event, studio boss Kevin Faige and his colleagues presented a rich list of upcoming titles, including TV series. The only bitterness in the whole thing is that Sony and Mickey Mouse failed to agree on Spider-Man’s collaboration. Although the studios will probably come to an agreement at the end, Spidey at the moment is no longer a member of the MCU.

Next year will start the fourth phase of the MCU, which will contain at least thirteen products and will be the first part of a new longer story arc. On silver and small screens there will be many fresh, even unknown superheroes, we will see already established characters and some costumes will get new faces. Although there is no official confirmation yet, as a result of Disney’s acquisition of Fox, the Fantastic Four and X-Men together with Deadpool will be one day included in the universe. And regardless of the death of both great heroes, Iron Man and Captain America will reappear sooner or later in one form or another. Their brands are simply too valuable, and no one really dies in fantasy stories.

Marvel’s first project on the fourth phase calendar is a spy-fight show featuring Scarlett’s heroine Black Widow. Given her recent courageous death in Endgame, this will, of course, be a past adventure, dating back to the post-Civil War era, when she together with Captain America and other rebel Avengers went into hiding. The narrative will focus on the human, female part of former Russian agent Natasha Romanova. This will probably also show her young years when she was part of the Black Widow brainwashing program.

The badass Soviet spy woman, which was Stan Lee’s brainchild, was first introduced in 1964. The time was appropriately pervaded by elements of the Cold War and, according to lore, Natasha fled to the United States where she joined the Avengers. The film is set to take place in Eastern Europe, with scenes from Russia to Dubrovnik, and with familiar ‘Soviet’ characters from her previous life. One of them will be Red Guardian, a communist variant of Captain America, and the other will be Jelena Belova, who succeeds Natasha as Black Widow in comics. The main villain, however, is Taskmaster, a regular opponent of the Avengers and the SHIELD agency. The evil character, who is likely to be on the screen in a female form, has only one superpower: photographic reflexes. With them, he can imitate any movement and fighting from other heroes.

The happening will, therefore, be much more down to Earth than the rest of the titles, with no space lasers, monsters, flying through the air and car tosses. For the most part, the action will focus on fists and normal weapons. Can the movie also feature Hawkeye, a similar hero without godly superpowers? In addition to being an ordinary archer, he has a ‘history’ with Natasha. Although the studio has not confirmed his presence, it is taken for granted by the community. Expectations are generally very high, as the MCU has high criteria and the last thing Marvel wants is to flop the first movie of the fourth phase. After all the film is going to be the swan song for Scarlett Johanson. But not for the character who will live on …

Because of a dispute the famous Marvel cartoonist Jack Kirby fled to DC for a few years. There he started the New Gods there, but they stopped the series before it went live. Jack then returned to Marvel and applied the ideas to a similar race, a kind of guardians of the Earth, the Eternals. He created and wrote stories himself until the publisher cancelled the edition. Later, the Eternals received their own publication a few times more, and even Neil Gaiman wrote their adventures for a short period of time. However, their appearances and names, such as Ikaris, Ajak and Makkari, did not extend beyond the comics. Surprisingly, they have not appeared in a single video game. But now Marvel has decided that the Kirby gods deserve their own movie.

After the canon, Celestials descended on Earth five million years ago and genetically toyed with prehistoric humans. This is how a caste of beautiful Eternals was formed, who can teleport, fly, control their minds, or shoot beams. In fact, they were rather immortal and that is why they were considered as deities to many ancient civilizations. In principle, they defend the Earth from cosmic dangers, and they are always in the battle with the ugly cousins Deviants, an unsuccessful branch of the same mutations. For the most part, they do not meddle into human affairs because they have enough of their own problems. (Eternals should not be confused with Inhumans, which are also a product of genetic engineering, but from the Cree labs).

How will divine Eternals fit into the MCU is a mystery, of course, but there is a common point. According to the comic book biography, Thanos is a descendant of the Eternals, who fled to Saturn’s moon Titan. It is possible that their film will be set before existing stories and tell more about the troubled youth of the purple villain. Another theory is that they will bring into the universe mutations, the X-Men, which Disney has announced that they will become side by side with Thor and company. The speculation is far from over, for the studio has only released a cast that features Angelina Jolie as central warrior Thena, Salma Hayek as chief Ajak and Kit Harington (Jon Snow) as Black Night.

In the 1970s, Kung Fu got wings for the sake of Bruce Lee and became popular in comic books where it replaced the wild west. Heroic martial art fighters brought fresh approaches and enriched the landscape with oriental motifs. One of them, the Iron Iron Fist, was introduced to us by Netflix in a live action TV series. Now, Marvel is about to introduce even lesser-known Shang-Chi, their first Chinese superhero, into their cinematic universe. Four decades ago, he was promoted to the title of Master of Kung Fu, and the fighter even defeated the more powerful characters even without power. It will certainly be interesting to see how he fits in with the Avengers.

The title hero will perform vushu on a terrorist Mandarin and his extreme military group Ten Rings. We’ve heard about the latter in the MCU, because it was they who abducted Tony Stark in the first Iron Man movie, forcing him to become Iron Man. But behind the name of the gang are ten real rings, which, according to tradition, are worn by their leader. Jewellery gives Mandarin a whole range of superpowers, from lightning shots to creating darkness. The movie is likely to witness the villain’s scramble for magical jewellery. The question, however, is what Shang-Chi’s origin will be. His comic book father is a mad scientist Fu Manchu, who at one time had a racist connotation and Asians are allergic to him. The Chinese have reportedly already issued a protest note.

Doctor Strange in the Multiverse of Madness 6. May 2021

DC’s multiverse with many ‘Earths’ is better known, but Marvel also has a good number of parallel universes, alternative timelines and pocket dimensions. After all, the quantum realm and the mythical city of K’un-L’un are alternate planes. But for the first time, the MCU multiverse will be emphasized by the next adventures of the wizard supreme. The script is still to be written, but the story will be linked to the WandaVision TV series, and it will be the first horror story of Marvel’s cinematic world. There are many rumours, from Scarlet Witch opposing the Doctor and trips to the Nightmare Realm and Dark Dimension to the introduction of the Doctor’s mistress, the wizard Clee. And in the year to come, many more speculations and information will be accumulated…

Chris Hemsworth has fulfilled his contract with Marvel but has already shown interest in extending Avengers membership. He was persuaded by the idea of a new screenplay and by Ragnarok’s good director Taita Waititi. Although they will start shooting in a year, it is no secret that the fourth standalone movie about the god of thunder will follow Marvel’s comic book trend of ‘diversity’ and introduce a female title character. In literature, the original Thor one day is no longer worthy of whirling a magic hammer and Mjölnir is taken over by Jane Foster, his unrequited love. The woman becomes the official Thor for a while, and this is what happens on the screen, of course, with Natalie Portman’s face and stature.

The movie, in which current thunder belly will be dubbed ‘Odinson’, will be linked to a TV-series about Loki. Perhaps his evil brother should bring Mjölnir back to central continuity. (The hammer was crushed by Hela in Ragnarok, after which Thor borrowed it from his past self in Endgame, but was eventually returned by the time traveller Steve to a proper space-time.) The community speculates whether the villain will be the old Asgard nemesis Enchantress. And whether Odinson would later join the Guardians of the Galaxy. But the only thing the studio had to say was the lesbian sexual orientation of Thor’s cousin Valkyre: the warrior woman will be the first LGBTQWTF character in the MCU. Really, very important.

Though we are far from 2022, Marvel has officially announced the first film of the fifth phase, Black Panther 2, which hits the big screen in May. But apart from the inscription, the date and the known face of the main character, nothing more is known about the project. The same goes for the next title with the similarly coloured character: Blade. Yes, the daytime Vampire, played in three films by Wesley Snipes, is coming back and it will be by default a member of the MCU! This time, he will be portrayed by the equally charismatic Mahershala Ali, but Wesley may appear as a cameo. If true, he must release his famous one-liner “Some motherfucker are always trying to ice skate uphill!”

The last but not the last movie to be known will clearly be the much anticipated Guardians volume 3. Now that former director and screenwriter James Gunn is no longer at Disney’s disfavour, and when Tony’s finger snap brought back to life half of the team, and dead Gamora has been replaced by its younger version, the Star-Lord gang need not fear for the future. In their new adventure, we will get to know the rest of the Ravagers, to whom the conclusion of Vol. 2 hinted, see Groot’s and Rocket’s past, and finally find out who Adam, hatched by the golden girl Ayesha, is … 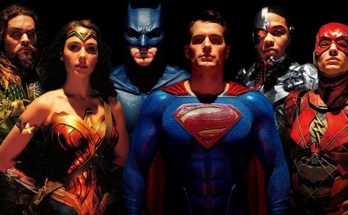 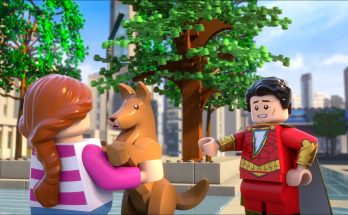 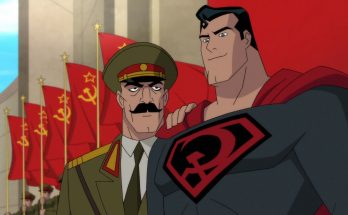 View all posts by LordFebo →